Books in My Bag: Summer Edition 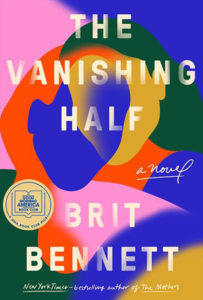 Lazy summer days are meant for reading. Even if your beach vacation has turned into a staycation this summer, the slower pace of the season is perfect for diving into a good book. I like to read a mix of books: ones that make me think, ones that distract me, and ones that make me laugh. Here’s a few (all available at your local bookstore) that will be in my bag this summer.

The Vanishing Half by Brit Bennett

This book has gotten quite a lot of buzz. It’s the story of identical twins, Stella and Desiree Vignes from Mallard, Louisiana in 1930. At age 16, they flee to New Orleans. Their paths diverge when Stella moves to California and realizes she can pass for white. Desiree, however, returns to Mallard with her daughter. The Vanishing Half is a timely and compelling book about race, identity, and the bonds of sisterhood and family.

A Burning by Megha Majumdar

If I had Your Face by Frances Cha

A riveting debut novel about the unlikely friendship between four young women – a hairdresser, a room salon girl, an artist, and a newlywed – all making their way in a world defined by impossibly high standards of beauty, sexism, strict social hierarchies, and wealth inequality in Seoul, Korea.

After Ruby’s mother is found murdered, leaving her along with her violent father, her friend Layla is the only one who truly understands her. Set in Chicago's South Side, it is a gripping tale that asks how far is one friend willing to go to save another?

I love reading books about writers. And a book about writers on the beach is perfect for summer. In Beach Read, a romance novelist who stops believing in love meets a literary writer...who happens to live just a few houses away from her summer beach getaway. Sounds like a fun, refreshing read.

The New One by Mike Birbiglia

Based on his one-man Broadway show, The New One is a laugh-out-loud book about Birbiglia and his wife’s decision to have a baby and how it “won’t change the way they live their lives.” It will appeal to anyone who is a parent or is thinking of becoming a parent but also anyone resistant to change. Birbiglia is one of my favorite comics, so I’m excited to read this one.