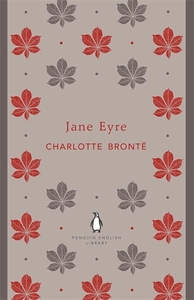 Dean: She brings me cookies. How can I repay her?

Rory: How about some Charlotte Bronte?

Dean: How about something else?

I can’t say I blame Dean. But I’ll get to that in a moment.

Re-watching this episode recently reminded me of the transformation Dean’s character undergoes after the first season. In the scene cited above, he and Rory meet at her bus stop. Right before the bit about Charlotte Bronte, Dean returns to Rory a Jane Austen novel she lent him. (The cover was a little blurry, but it looked like Pride and Prejudice.) He admits to having enjoyed it and tells her she needs to read Hunter Thompson. Now, who can remember Dean recommending reading material to Rory after Jess was introduced? Post Jess, Dean’s literary interests fade out, paving the way for Jess to stand out as the one who has books in common with Rory.

This scene also reminded me how Rory tends to drape herself in the personas of or created by her romantic partners, perhaps even more so as the series progresses. She’s never quite as sweet as when she’s with Dean. In this sense, she reminds me a bit of Jane Eyre, though Jane turns out to have a bit more gumption than Rory, at least when it comes to knowing her own mind and standing sentry over her identity.

Published in 1847, Jane Eyre is the coming-of-age story of Jane Eyre. Unexpected, I know. Jane is - what else in a Victorian novel? - an orphan, raised by a cold, unforgiving aunt-in-law. We pick up Jane’s story when she is 10 and follow her through her major life events and disappointments and how she handles them.

A distinguishing feature of Bronte’s creation: Jane Eyre is no lithesome heroine. She is peevish, homely, and humorless. She is, in other words, distinctly unlike Jane Austen’s protagonists: sweet, pretty Jane Bennett and witty, effervescent Elizabeth Bennett. What Jane Eyre does have in abundance is feistiness, passion, and a strong sense of justice. Bronte famously described Austen’s world as “a carefully fenced, highly cultivated garden, with neat borders and delicate flowers—but no glance of a bright vivid physiognomy—no open country—no fresh air,” concluding “I should hardly like to live with her ladies and gentlemen in their elegant but confined houses.” That is quite evident on the pages of Jane Eyre, saturated as they are with unbound emotion, charged descriptions of the natural world, and exquisite depictions of romantic love that can be deeply moving. Only...there’s a problem.

The men in Jane Eyre - at least, the ones who are alive - are the worst. THE WORST. First, there’s Brocklehurst, a hypocritical clergyman who starves and humiliates the girls at the boarding school Jane attends. Then there’s Rochester, who lies and manipulates her to get what he wants then threatens violence when she won’t comply. Next we have St. John Rivers, who’s about as warm and cuddly as an boa constrictor while also being calculating and manipulative. He might even be worse than Rochester because Rivers believes his behavior serves a higher purpose. All three men delude themselves, in different ways and for different reasons. They’re absolutely ghastly.

Bronte’s dreadful men haven’t a hope of competing with Austen’s snooty but charmingly smitten Mr. Darcy and benign goofball Mr. Bingley. Even the inappropriate Mr. Bennett is, at least, amusing. Ditto the rakish Wickham. Besides, while he tries to pull one over, he ends up the worse in the end, stuck with insipid old Lydia. Then again, I’ve never had much use for so-called “bad boys” (the scare quotes are my attempt at mocking them...is it working?).

Part of what made Rory and Dean’s second go at their relationship - while he was married to his teen bride not named Rory - so uncomfortable is that he wasn’t quite believable as a lying cheat. Nevermind that he recommends drug-fueled Hunter Thompson in season one. Dean - the gentle first love who won’t fight a boy he knows he can beat to a bloody pulp - was always more believable as the man he becomes: a loving, if put-upon, family man. Like Mr. Bennett, but without the biting wit and bitter recriminations shadowing his sunny disposition.

No wonder Dean is leery of Charlotte Bronte. In a Bronte novel, he would probably end up offstage and below ground.