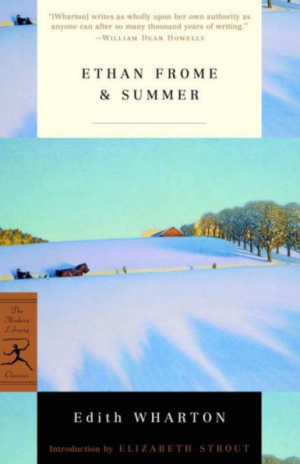 Years ago, I took a Victorian poetry class with a professor who looked like Satan dressed up as Colonel Sanders. He was elfishly tiny and wore an ecru linen suit, complete with black string tie. His neatly trimmed beard created a perfect “V” from his laugh lines to his chin. Among these distinctive features were two more: his southern drawl and his assertion that “There is no such thing as American literature.”

As it happens, I was, at that same time and university, enrolled in a course in post-Civil War American literature. While I didn’t exactly agree with Colonel Satan, I could see why one might wish to renounce American literature, at least of that period. My goodness, it’s an endless parade of horrors with no relief (as Dickens uses humor, for example): “Maggie: A Girl of the Streets” by Stephen Crane, “The Damnation of Theron Ware” by Harold Frederic, the dreadful “McTeague” by Frank Norris. Reading these resolutely hopeless novels made me wonder how American earned her reputation for optimism. I can’t see it having been through her literature.

I was thinking about all of this when I saw Edith Wharton’s “Ethan Frome” on the Gilmore Girls list. The gorgeously written short novel about repressed passion and its ensuing tragedy was published in 1911, a bit later than the titles above. But it features similar bleakness. Though I suppose there’s a little humor, if you find bitter, tragic irony humorous.

The eponymous Ethan Frome falls for his sickly wife Zeena's pretty young cousin, the orphaned and displaced Mattie, who hails from Stamford, Conn. Mattie moves into the couple’s Massachusetts home to help care for Zeena, whose pastimes include curling up by the fire to read books about the digestive system, traveling around Massachusetts to visit medical specialists, leveling acidic barbs at Ethan and Mattie, and plotting to make everyone around her as miserable as she is.

During a bleak New England winter in the town of Starkfield that provides copious opportunities to reflect mood through descriptions of the weather, Ethan and Mattie's mutual attraction grows, like a plant in a too-small pot. With nowhere to go and no hope of being consummated, their love implodes. The ending is ironic tragedy times a million billions.

The novel is ripe for discussion—about morality in turn of the (20th) century America, about the nature of tragedy, about literary flair, and about that darn ending.