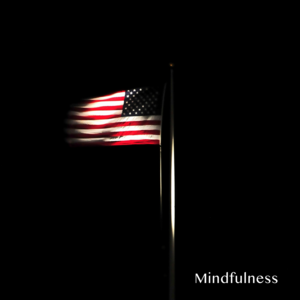 I sat waiting for my son outside Starbucks on a white metal bench missing one slat just at the back of my knee. It was uncomfortable. Parents dropping off tweens idled exhaust toward my masked face. I looked forward to our outside reading time together (he, Ulysses, I, This Side of Paradise) but not here. I looked around for his car, but a large white pickup truck festooned with signs and banners touting he who will not be named obscured my view. The driver honked and hung out of his window shouting “Save America”! He circled the Parker Harding lot several times before heading down the Post Road.

I sat, dumbstruck. Angry. I wanted to stand up and shout and give him a proverbial piece of my mind. But the passing people desperate for their java jolt prevented me from reacting rashly. Decorum, I thought. And as they teach in Buddhism, often that one moment of pause can make the difference between a reaction and a response.

I remembered that the Constitution allows us freedom of speech. I remembered that everyone is entitled to their opinion, no matter how much I disagree with it. I remembered Michelle Obama going high when others go low and decided in the mud was not where I wanted to be. I remembered my years of yoga teacher training extolling the virtues of sitting with uncomfortable feelings; watching them; letting them pass, as they surely will. I realized that anything I said would a) fall on deaf ears, b) have no influence on his opinion, and c) only rev up my already hot-running engine.

I lament the lack of unity in our country at the moment. I hope the coming months and new year bring some healing from both pandemics plaguing us. But I knew that shouting at a man in a white pick up truck in the middle of town would get us nearer neither of those goals.

My son arrived shortly thereafter. We took our books and our coffee to a bench across the street and watched cormorants, wings splayed open, drying themselves off in the sun. We chatted a bit and then retreated into the words of Joyce and Fitzgerald and absorbed the Vitamin D-inducing rays. It was a good choice on a good morning.