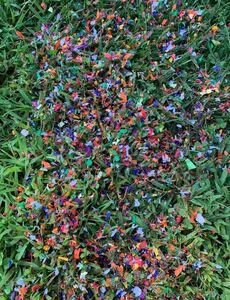 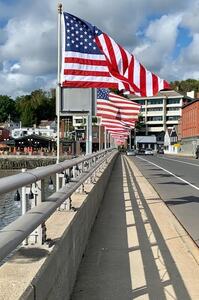 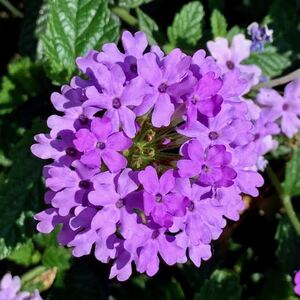 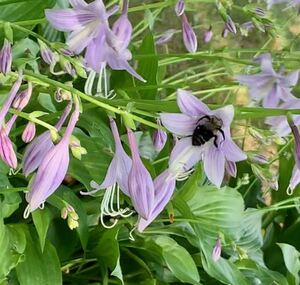 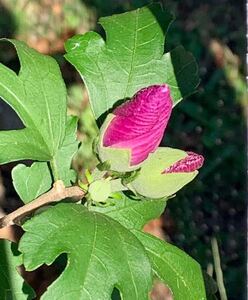 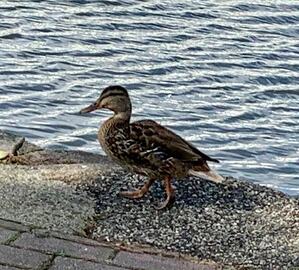 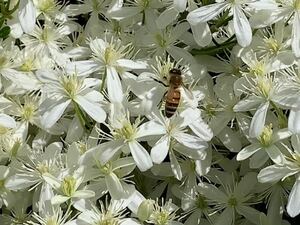 So I went to the quiet spot in residential Fairfield on my own, to the corner plot that my father assiduously picked out himself more than two decades ago when his own death was imminent. He, like in life, wanted the best seat in the house, so they lie together at a far, secluded corner where no one can horn in on their shaded peace.

“Happy Birthday, mom!” I whispered as I squatted in the still-dewy grass. “You would not believe what’s going on at the minute if I told you. In some ways I’m glad you’re not here to witness it. But damn, mom, I could use a hug.” I feel fat. I feel frustrated. I feel lonely, angry, worried, despondent, uncertain... the list goes on. Just the type of thing she’d have known expertly how to handle. She had my back, one hundred percent, one hundred percent of the time. No one else has stepped up to fill the spot she left vacant, and I doubt anyone ever could. I need my mommy.

I told both of them what was going on, personally, pandemically, politically, and just asked that they maybe consider helping out. When we sat with my mother as she lay dying, she told us that she felt certain there was nothing but “dark; dirt” after death, but time and time again serendipitous coincidences tell me that she might just have been wrong. She may not be here, but time after time, she is here when I need her. And now is one of those times. In spades.

I opened up the plastic bag containing the last of the colored paper confetti that I bought for her funeral. We may have shocked the rabbi when, while we shoveled dirt into her grave, as goes the Jewish tradition, we also sprinkled the confetti. It’s biodegradable, and it would have made her very happy. I have showered it atop her on Mother’s Days, the anniversary of her death, her birthday, or on random days when she calls me to her for no apparent reason at all. “Happy Birthday, mom!” I whispered again as I emptied the bag onto their plot of lawn. And I cried. Deep, ugly, body shaking sobs.

I had a restless night filled with troubling dreams about frustration and unrealized dreams, unrequited love. I woke up agitated. But then I walked. The hint of crisp in the morning air brought such relief. I hate the heat. My shoulders relaxed. I crossed the Cribari Bridge, headed up Imperial where dogs and their walkers greeted me. Egrets lolled languidly in the low tide of the Saugatuck, bees buzzed in the wildflowers that lined the road enticing them. I had an iced decaf coffee that tasted as good as anything resembling sex that I’ll get close to any time soon. I crossed the Ruth Steinkraus Cohen Memorial Bridge in town and headed back home down Riverside, the warmth just gentle enough of an embrace to avoid being bothersome. 8,065 steps and 3.7 miles later, I felt renewed. I ordered more confetti when I got home. It may indeed, be just dirt and dark, but that confetti-festooned dirt was looking pretty bright and special to me. Thanks, mom.