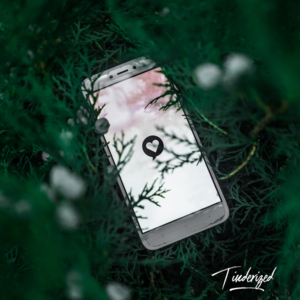 Every now and then, a well-meaning friend or family member asks if I’ve met anyone (who’s met anyone in the last six months?), if I’m dating anyone (who’s dated anyone in the last six months?), or basically, if I’m trying to do either at all. I sip these well-intentioned questions like a sweet mug of before-bed cocoa laced with laudanum. No. No. And No. The pool of already overly-cliché needles in the overly-proverbial haystack of good, available men has shrunk exponentially in the time of Coronavirus, as has the chance of bumping into one randomly.

Every now and then, I roll my eyes (so they can’t see) and very begrudgingly join the ranks of the lonely hearts (or, from what I can see, the simply horny) looking for love (or lust) in all the wrong places. I have tried every site except Christian Mingle and FarmersOnly. Or at least it feels as if I have. The aforementioned “helpers” always have a wonderful reason for recommending a certain site. So, like one of the Plenty of Fish, I nibble on the sharp hook of hope and jump in. Always with the same, disappointing results that usually make me feel infinitely worse about myself than I already do. You’d think a girl would learn.

Most recently, I listened to some Tales of Tinder and figured, well, what the heck, it couldn’t hurt, and maybe, just maybe... So I signed up and provided my search criteria. LTR (long term relationship, i.e. no hookups, or in Tinderlingo, ONS). Male<50 miles. Pretty basic, and pretty straightforward, right? I’m not sure who writes their – or any of the sites’ – algorithms, but apparently not.

Tinderama has provided countless hours of entertainment, which, I suppose, is not a bad thing. My finger aches from swiping left (“no”), and the muscle for it to swipe right (“yes”) has atrophied. Despite my crystal-clear geographical preferences, Tindertime sends me men located in Sweden, Spain, and Somewhere I’ve never even heard of. Despite my crystal-clear gender preferences, Tindertown has sent me women, transwomen, and everything in between. I fully support everyone’s right to be who they feel they are and love who they want to, but I wish Tinderbox could fine tune its parameters, so they heed mine. Despite the LTR specs, I regularly get a screenful of candidates who seek extramarital affairs. Their profile pics feature cartoon characters, sunsets, or salty margarita glasses to obscure their identities. SO many of the profiles are SO clearly fake that it amazes me that anyone would fall for them. And then there are the 23 year olds who say they’re 63 because they’re after cougars?

Of the maybe 25 of 25 billion profiles on which I’ve swiped right, I’ve “matched” (the only way you can communicate) with about half. Of those, it was apparent within moments that either there was no spark or their intentions differed greatly from mine. The beauty of Tinderling is that once that happens you can make them disappear with yet another finger swipe – but of course, that can happen to me too. More often than not, even a promising conversation evaporates like the steam from that warm cocoa, either or both parties just losing interest. In four cases I’ve had a conversation – on the phone – with some of the prospects. The first, an out-of-work graphic designer, spoke for 45 minutes straight, while I managed to read through most of the Sunday New York Times. The second, a teacher, pressed for sext. He’d ask what I was doing. I’d say the crossword puzzle. He’d say that made him want to kiss me. Really? The third, a finance guy, sounded lovely but also sounded Trump-y. Which made me grumpy. And number four, a writer (yay!) remains in the running. We had a comfortable, lovely conversation for about an hour the other night. He actually asked me some questions. He had a nice dry sense of humor. He didn’t want to prematurely...anything. But our communication since has dwindled to anemic texts. “How are you?” “What are you doing today?” I have been out of this game for so long that I need to ask my children for advice on how to play it. And if I’m honest, I don’t even like the game very much.

I am this close (holding two fingers very, very near each other) to deleting the app altogether and resolving again to going it alone. Forever. The photos of the man with pink hair who wanted to lick peanut butter from in between my toes (again, to each their own, just not my thing), or the 60+ year old in nothing but a thong shot from behind, or the lithe man in head to foot aluminum foil and clown wig, or the one who photoshopped himself into a high chair with an overturned bowl of pasta dripping down his face are just not doing it for me. Sometimes it’s all very funny. Sometimes it’s just very sad.

On a very serious note, I do see so many kindred souls simply seeking connection, especially now. People of every size, shape, age, and provenance just looking for that “last first kiss.” That unites us and keeps us coming back to what feels, for me, like an act of desperation. I’ll see what happens with the writer. And in the meantime, I will reacquaint myself with myself and enjoy my own company, and cherish the advice that one very sage friend gave me: “Remember, you’re the prize.”

NB: Writer stopped communicating. As did this one. I swiped left on Tinder and deleted my account.