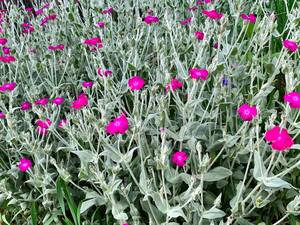 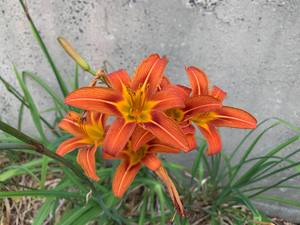 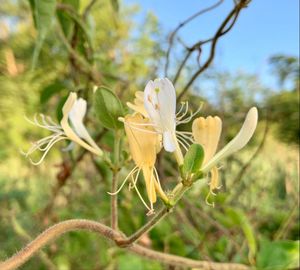 Our family lived in New York City until I was 12 years old. Initially in the Bronx, where my paternal grandparents lived, and then in Howard Beach, Queens. Our six-story red brick building was one tree in a forest of six-story red brick buildings. Scrawny trees sat isolated in patches of dirt carved out of the concrete around the buildings. We ate more greenery than we saw anywhere in our neighborhood.

We played behind the building on a black asphalt playground – no cushy surfaces for us back then. I often had close contact with that rough amalgamate, resulting in frequent skinned knees and one chipped front tooth. I guess going down the slide (which, we in NY, called “sliding ponds” for some reason) headfirst was not my brightest idea.

But whoever designed our Lindenwood neighborhood did see fit to include some landscaping, and ringed the playground where we spent the better part of every afternoon during the school year, and much of the day in the summer, with some shrubbery. To us city kids back then (with only five channels on a black-and-white TV set that we had to get up and change manually with the dial), this may as well have been a botanical garden. We hid in it for hide and seek games, we “cooked” with “vegetables” it yielded (wild rose seed pods), and we watched the seasons change in that flora. Spring’s burst of butter yellow forsythia still brings me back to that playground every year. Red ovate berries ushered in autumn, and also went into “stews.”

At some point – maybe around age five or six – we began to visit my maternal great aunt (Miriam) and uncle (Eddy) in the “country.” Their small cottage in Upper Greenwood Lake, which they would eventually sell to my parents so we could spend summers there, introduced us to a whole new natural panorama. And certain of those plants trigger such visceral memories, too. On the long ride up from Queens, my sister and I would inevitably whine that oh-so-cliché “when will we get there”? My mother, embodying the preschool teacher she’d later become, would assuage our impatience with snacks and landmarks. “Look for Aunt Miriam rocks and tiger lilies, and when you see those, you know we are very close.” As we neared that northern reach of New Jersey, these large purplish rocks with white speckles would appear in the landscape. To this day I do not know their scientific name; they will always be Aunt Miriam rocks to me. And alongside them, clumps of deep orange lilies reached out to us, welcoming, beckoning, from the side of the narrowing, winding roads. Neither of those names were technically accurate. Tiger lilies, I later learned, look different. They were actually orange daylilies. But to me – you know – tiger lilies forever.

Their cabin was a punctuation mark in a verdant essay. In those halcyon pre-Lyme-and-West Nile Virus times, my sister and I spent as much time in the woody areas surrounding that place as we did in the concrete jungle at home. One of my favorite photographs is of my sister and me sitting shoulder deep in a sea of velvety-stemmed fuchsia rose campion. The sweet aroma of honeysuckle overpowered us sometimes, and my mom showed us how you could extract the stamen for a taste of the honey nectar.

I still revel in and revere these horticultural memories. I planted copious amounts of both forsythia and rose campion around my own homes and stop to appreciate “tiger lilies” – so abundant around town now – all the time. I have shown my own children how to consume honeysuckle sweetness. I see wild roses every time I walk at Compo. I’ve found that especially during stressful times like this one, these sensory cues spark such deep contentment and calm. They anchor me right where I should stay, but often don’t – in this one moment. They make be breathe deeply, even if I just see them from afar, and trigger a soothing wash of memories and make me focus on good things, rather than Covid or the other looping sets of mostly minor worries. I know many things evoke memories strongly. Certain songs can throw me right back to a precise moment in time. Aromas can do the same – dill, for instance, places me squarely in my Greek grandmother’s kitchen. But those tend to be more ephemeral moments. These ubiquitous blossoms share their gifts with me daily during this fecund time of year. I try to stop and smell the roses! And the lilies, and the honeysuckle….