Classes at The Ridgefield Playhouse continue this summer via Zoom

Details
Published on Friday, 26 June 2020 11:05
Written by The Ridgefield Playhouse 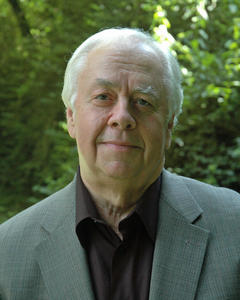 Classes at The Ridgefield Playhouse will continue this summer via Zoom with Ira Joe Fisher’s Speaking Fearlessly and Katie Torpey’s Write Your Screenplay.

Registration is open for Ira Joe Fisher’s Speaking Fearlessly Workshop via Zoom. Class is on Mondays beginning July 27 through Aug. 17 from 7:30 – 9 p.m.

Presenting in front of a group can be a difficult experience. Whether for business or volunteer work, online or in-person, the ability to speak in public is a valuable life skill that can advance a career and fulfill leadership aspirations. Emmy Award-winning journalist, author and emcee Ira Joe Fisher offers a life-changing, new Zoom workshop, Speaking Fearlessly, featuring career-affirmed strategies – not tricks – for effective speech, public speaking presentations and high-stakes conversations.

This virtual workshop will help you learn how to communicate effectively. Students will get expert coaching to help you deliver your ideas effectively, comfortably and with confidence. Ira will show you the ability to communicate effectively — for sales, for your job and for your family relationships — is something that each of us already possesses. This class is also highly recommended for high school students as they prepare for their college interviews.

Ira Joe Fisher’s professional speaking began when - at age 16 - he stepped before the microphone as a disc jockey at a little upstate New York radio station (WGGO in Salamanca). Then on to Texas, the state of Washington, Cincinnati and finally on network television in New York City, appearing for many years on the CBS Television Network’s Early Show. A prolific writer and poet, Ira was awarded two Emmy’s for television writing.  Scholarships are available through the generosity of the Beth and Bruce Becker Scholarship Fund.

Award-winning screenwriter Katie Torpey's 6-week “Write Your Screenplay” Zoom class will teach you how to turn your story idea into a well-told, formatted screenplay that you can sell to Hollywood.

The class will take place on Tuesday evenings, Aug. 18 through Sept. 22 from 7 – 9 p.m. Students will learn the basics of screenwriting, storytelling, story structure, script format, theme, plot, characterization, dialogue, and conflict. You will flesh out your story idea into a well-mapped out screenplay and walk away with tools and confidence. Scholarships are available through the Beth and Bruce Becker Scholarship Fund.

Katie Torpey is an award-winning Screenwriter / Filmmaker with an MFA from UCLA School of Film and Television. She has sold several screenplays, written for television, and worked for numerous studios and networks. Her original screenplay The Perfect Man was released in theaters in June 2005 starring Hilary Duff, Heather Locklear and Chris Noth.

The following year, her romantic comedy, “On the Other Side,” hit theaters in Bollywood and was a big hit.  She wrote and directed the independent film Truth About Kerry shot in Ireland starring Stana Katic (Castle), which was released in April 2012.  She also co-created Mother Up! an animated TV series about motherhood starring Eva Longoria. It was one of Hulu’s first original TV shows and premiered in 2013-14 and ran for 13 episodes on Hulu and City TV in Canada. Her latest screenplay Spaghetti Park is in pre-production.

Katie is currently developing several TV shows, a digital writing product for students, and adapting her memoir into a screenplay to direct. Katie lives in CT on a lake and loves giving back to the community. For more information on Katie’s career and life or to contact her directly, visit her website katietorpey.com