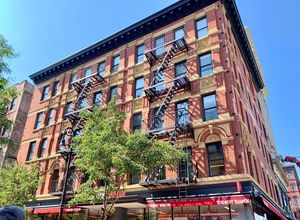 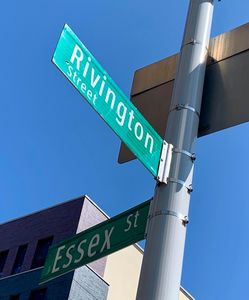 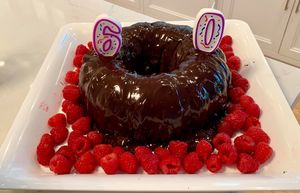 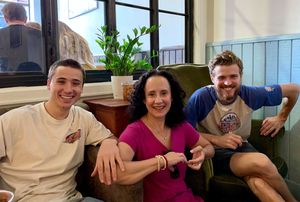 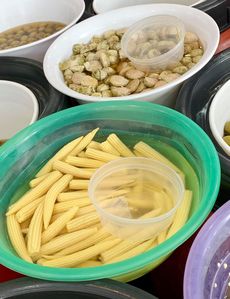 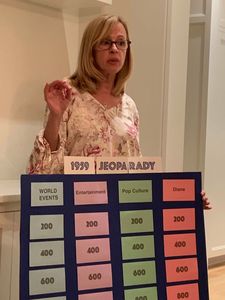 This is the last birthday post, I promise. Rearview mirror, old news, OLD history. That word. OLD. I wasn’t feeling this big birthday so much. I know, it’s better than not having one, and 60 is the new 40 blah blah blah, but let’s face it: It’s the third trimester, and as we all know, that starts to get uncomfortable. And frankly, I never thought, from the vantage point of my newly divorced 50-year-old self, that I’d still be celebrating birthdays alone 10 years down the road.

“I don’t want to do anything,” I told my sister when she asked how I wanted to celebrate. I repeated the mantra to everyone who asked and anyone who would listen. I hardly felt horrified at the number, but nor did I want to fete myself over it.

“OK, we will do something low key, but we have to do something,” she said, ever-loving, ever-caring, and since our parents died, the one person in the universe who truly, consistently, and stubbornly has my back, even when I make it very difficult to do so. She floated idea after idea (I cannot imagine how many hours she spent on the internet Googling just the right event; she’d have brought Shakespeare right up, headless, out of his Holy Trinity resting place if she could have). She finally hit the sweet spot with the Meyer family all-time favorite pastime. “What about a food tour?”

That sounded good. Not a big deal, but fun for everyone and not me-centric. The streets of Brooklyn? Harlem soul food? Lower East Side delicacies? The last one resonated most strongly because not only do I love the cuisine, but forbears on both sides of our family migrated down to the tenement-filled, overpopulated, infrastructure-poor area after they were processed through Ellis Island. We knew the street where my grandmother lived when she arrived from Ioannina, Greece (Rivington). It seemed perfect. And the tour would take place on my actual birthday.

And then the games began. Logistics. Who’s coming, who’s not. Who’s in, who’s out. The part my father loved but I hated, and one of the reasons I didn’t want to do anything. I don’t like uncertainty and hassle, and this involved both. Most of which my sister, and I’d later learn my ex and his wife, shouldered. Unable to attend, the latter proposed a low key family dinner the night before. I agreed, reluctantly. The tour was the celebration, and I only wanted one. And as the date approached and further rearrangements and cancellations occurred, I demurred even on that. “This is just what I didn’t want to have happen. We have a plan. Let’s just stick with it. Whoever can come on Sunday (and that number was rapidly dwindling) can come, and that’ll be that.”

Little did I know that this set off Defcon 1. Conference calls were made. Alternative plans suggested. Methods of persuasion contemplated. And then the trump card came out. My former husband wrote me the most heartfelt message I’ve had from anyone in a long time. Anyone who knows my family knows that it is unusually configured. My ex is remarried to one of the kindest women I know. They have a young son who calls me his “bonus mom” and always includes me and his brothers (NOT half-brothers) in family sketches for school. We are one big, weird, dysfunctionally happy family. I won’t disclose the contents of said note. Suffice it to say that after I wept for a while, I reversed my stubborn resistance and agreed to the dinner. I did not hear the loud, collective sigh of relief in the area of Staples High School, where both my sister and my ex live, over the sound of my sobbing.

On Saturday, I went over to their home to have some lunch with my youngest (who had come up from Brooklyn for the weekend’s festivities), and my ex’s wife and son. And when I pulled up, my oldest, who lives in Chicago, walked out of the garage. SURPRISE! At the last minute, they’d flown him in for the big birthday, and I was inadvertently doing my best to avoid seeing him! And what a dinner. My youngest, who clearly did not inherit his culinary skills from me, designed and delivered a delicious Greek dinner, complete with laboriously hand made spanakopita that would have made my grandmother proud. They imported my college roommate and her boyfriend from the city to surprise me as well, and my sister baked a chocolaty bundt and created a 1959/Diane-themed Jeopardy game that really iced the cake of the evening. My ex played songs from 1959 as well as my high school and college years, and oldest made a heartfelt speech. Everyone contributed love.

The tour the next day took me, my sister and her husband, and both of my boys on an edible odyssey through the very much changed neighborhood that welcomed immigrants from around the old world and afforded them a new start in this new world. We ate knishes at Yona Shimel’s, pastrami at Katz’s (we could understand why Meg Ryan ‘had’ and orgasm in When Harry Met Sally), pickles, candy, and much more. We walked almost three miles in the sparkling sun that my mom no doubt arranged for from heaven, and which probably hardly put a dent in the calories we consumed (which would have made my dad exceedingly happy). I hope to take the boys to Greece and maybe even Russia one day to see their origins, but at least they could see where our families began way back when America welcomed immigrants.

My family worked very hard to make this one of the best birthday celebrations I have ever had. Which was even sweeter because it was not what I was expecting at all.

Thank you, Suzanne (who gets the award for man hours put in to wrangle her difficult sister and make her birthday special), Devon, Dustin, Donald, Samira, Dhilan, and Bruce. I am a very, very lucky girl. I may not have a partner, but I am decidedly not alone.