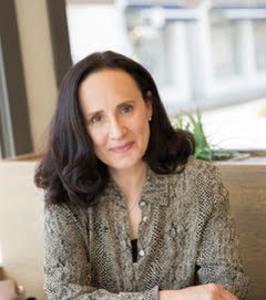 The Westport Arts Advisory Committee has announced the appointment of the first Poet Laureate for the Town of Westport.

Diane Meyer Lowman, a graduate of Middlebury College who recently received her M.A. in Shakespeare Studies from the Shakespeare Institute at the University of Birmingham, U.K., will begin her two-year term on July 1. Her memoir, “Nothing But Blue,” was published in November 2018 by She Writes Press and her work has appeared in “O” The Oprah Magazine, Brain Child, CT Bard’s Southwest Review, Shakespeare (Journal) and the Shakespeare Birthplace Trust Blog. Her “My Life on the Post Road” column appears on Books, Ink and has received awards from the CT Press Club.

First Selectman Jim Marpe notes that, “Having a Poet Laureate is a long overdue acknowledgement of the importance of the written word to Westport’s artistic and cultural heritage. Diane Lowman is a wonderful first choice for this new role, and brings genuine excitement, energy and poetic background to it. Many thanks to the Westport Arts Advisory Committee for creating and filling this position.”

Lowman received word of her appointment on Thursday, June 20 and participated in the Westport Library’s grand re-opening celebration on June 23, sharing a haiku of her own and a favorite poem by Charles Simic reflecting on the importance of libraries. “I feel so enthusiastic about the potential to create connections and community through this program. It is my delight and honor to serve as the town poet,“ said Lowman.

The Poet Laureate Program will be administrated and managed by the Westport Arts Advisory Committee, serving by appointment of the First Selectman. Candidates for the Poet Laureate position were invited to submit an application and supporting materials that were reviewed by a selection committee made up of representatives from the Office of the Superintendent of Schools, the Westport Library and the Westport Arts Advisory Committee. The role of the Town of Westport Poet Laureate is to elevate poetry in the consciousness of residents and to celebrate and continue the Town’s vibrant literary history.

Objectives for the position include:

The Town of Westport Poet Laureate is an honorary, non-compensated position and shall serve a term of two years.  There are 25 appointed Poet Laureates in towns and cities across Connecticut and a State Poet Laureate. For more information, visit ctpoetlaureates.com.