My Life on the Post Road: In the Library 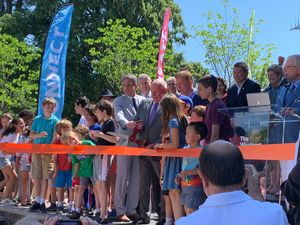 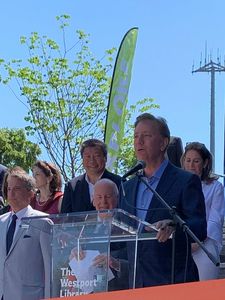 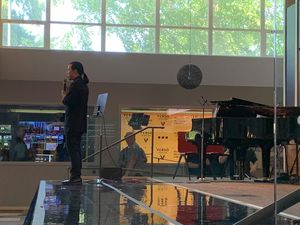 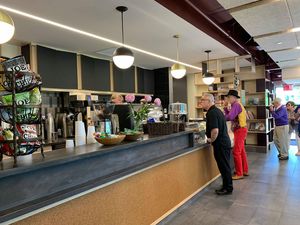 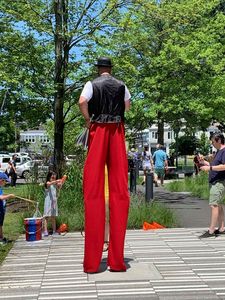 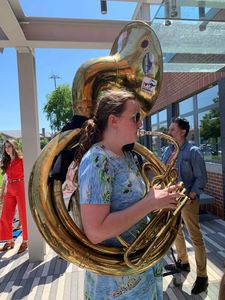 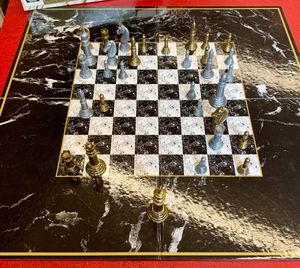 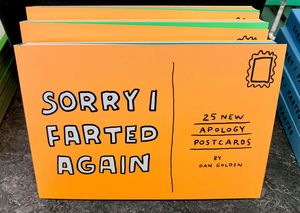 Festivities abounded on the banks of the Saugatuck River last weekend when state, town, and library officials cut the wide orange ribbon and a crowd of hundreds surged up the dramatic new steps led by a pulsing brass band into the newly renovated space.

The library team feted the coming out party in celebratory style, with performances and demonstrations to highlight the organization’s versatility and technical prowess. Frederic Chiu accompanied himself on the technologically advanced grand piano. Spirograph-like images danced on the screen in the great hall. The line in the café snaked out to the river view deck. Shake Shack served up free scoops of vanilla and chocolate ice cream. The Burroughs brothers, Miggs and Trace, did a podcast from one of several state of the art media studios. Children played chess and listened to classical music. Patrons started checking materials out immediately at the expansive circulation desk.

I was honored and flattered to be included in the celebration as Westport’s newly named first Poet Laureate. I read a haiku that I’d composed for the occasion and In the Library by Pulitzer Prize-winning poet Charles Simic.

The reimagined and reconfigured space provides the community with so much more than the musty book stacks of my childhood. As first selectman Jim Marpe said during our podcast chat with Miggs and Trace Burroughs, it’s really more like Westport’s own university – a place to learn, create, and connect. I understand that delegations have come from other cities, and other countries, to see this new crown jewel. I’m so glad to live in a town that values learning and creativity so highly and that has provided us with such a rich and diverse resource in which to explore.