My Life on the Post Road: Never Too Old to Rock ‘N Roll 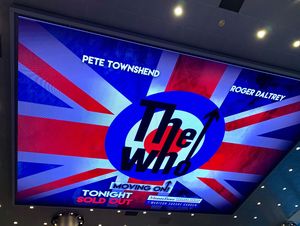 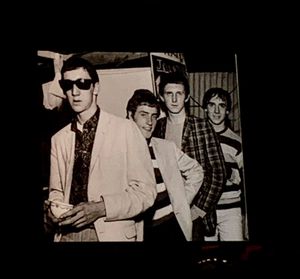 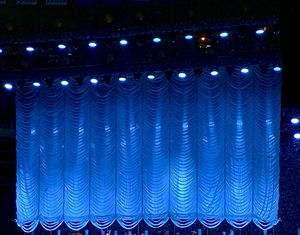 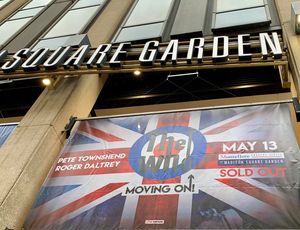 … Although getting to sleep at 1:45 a.m. does definitely take its toll. But I happily suffered a groggy day while relishing the memory of a night at the Garden with The Who. Happily for the sold out crowd, at least two members of the band haven’t died before they got old, and they put on one of the best Who concerts that I’ve seen. And this is around an even dozen for me.

To say that my former husband is an ardent aficionado (this was his 28th show) is an enormous understatement. But I was a fan long before we met, as they provided part of the soundtrack to my adolescent and teen years. Our boys saw them with us early and often, and this time my ex and his wife asked that I join them and their nine-year old son as my Mother’s Day gift.

I’ve seen many iterations of the band – sadly not with Keith Moon – but certainly with bass master John Entwistle. This configuration – with Pete’s brother Simon on guitar, a full orchestra behind them, and of course the inimitable and often undervalued Zak Starky (wearing a wild, colorful pajama-like shorts ensemble) on drums – took the cake. Zak, Ringo’s son, learned drumming from Moon himself. Roger’s voice sounded as melodious as I’ve heard it, and he swung the mic with vigor much to the crowd’s delight. Pete windmilled mightily, and Zak wailed on his gleaming gold drum kit. The orchestra buoyed the band and added depth to the selections from Tommy and Quadrophenia. Pete and Roger did an emotional acoustic set mid-evening to give the other musicians a respite.

The closing rendition of Baba O’Riley, with virtuoso violinist Katie-Jacoby, brought the audience of 20,789 to their feet and to their knees.

I sang along to Who Are You and Join Together not only with my 20,000+ friends, but with my “bonus son” just as I did with my two boys at concerts in the past. Cell phones may have replaced BIC lighters, but The Who is still for My Generation as well as the next.

At 75 and 73 respectively, Roger and Pete provide shining examples that you’re never too old to rock ‘n roll. I’m not sure what they do to have that kind of stamina at their ages, but whatever it is, I want some of it.