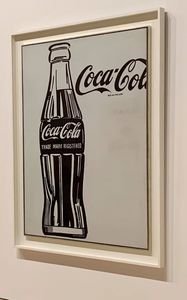 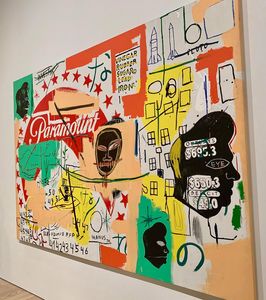 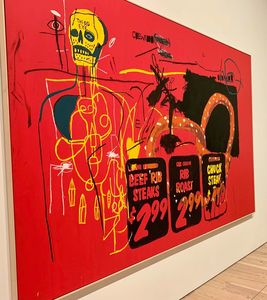 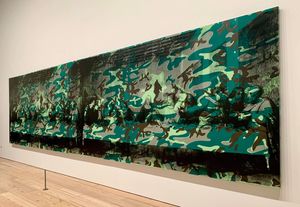 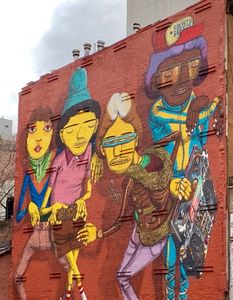 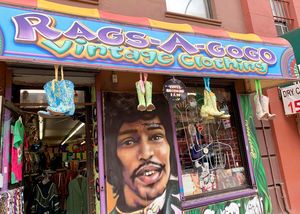 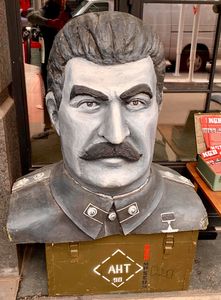 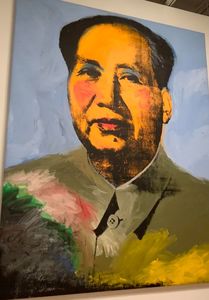 I’m so glad that curiosity and ennui conquered smugness and sloth. Just the walk from Union Square to the Whitney (I’d planned to take the L train, but the MTA foiled those plans) near the High Line exhilarated me. So many sights, sounds, and… smells. The Rags-a-Gogo vintage shop with brightly painted cowboys boots dangling from its awning. The KGB Espionage Museum with larger than life busts of Lenin and Marx scowling out at me. The colorful neighborhood murals enlivening the urban landscape. And the exercise (three-and-a-half miles roundtrip).

I brunched on impossibly hip eggs in the Whitney’s impossibly hip restaurant at the counter, where a cacophony of not English surrounded me.
The Middlebury group that gathered in the lobby pre-tour was delightfully diverse in every way. And our tour guide meant business. Her sublime, muted voice traveled directly to our ears through headsets distributed as we waited. No need for her to shout above the din of the throng on the fifth floor. “Keep close to me, and close to each other. Be aggressive about keeping the group tight so we can secure a spot by the piece I’ll discuss. Feel free to elbow people out of the way if necessary.” She smiled, and I fell in love. Permission to push people out of my way? She may have been kidding, sort of, but I accepted the mission like a good native New Yorker.

She did not describe each work in the exhibit as much as give us insightful and informative glimpses into Andy Warhol's life, methodology, philosophy, and place in art and pop culture history. Only the second retrospective of his work, she explained the challenges of corralling his work for an exhibit (insurance costs, disparate collections). Curator Donna De Salvo had worked 12 years to bring this one to fruition. She explained how his name came to be abbreviated (an errant journalist’s mistake that he liked). She revealed that his mother favored Campbell’s soup to feed her family on a very tight budget because it provided variety despite its low price. She shared the anecdote of Warhol’s meeting with Basquiat that resulted in a dramatic collaboration: The latter, 23, sat in a café when the former, 53 approached. Warhol reportedly said, “I bet everyone asks you for your autograph. Well, here’s mine.” The two examples of their collaboration were among my favorites, as was Camouflage Last Supper – an intriguing conflagration of religion and war.

It was just a little too chilly (and way to windy) to stroll on the High Line, so I retraced my steps to Union Square to catch the 4 up to Grand Central, not for one minute regretting the journey.