My Life on the Post Road: Kafka on the Shore 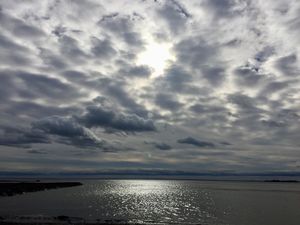 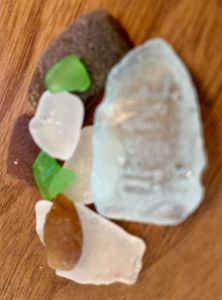 Is a novel by one of my favorite contemporary authors, Haruki Murakami. And of course, Kafka famously wrote about poor Gregor Samsa who woke up one morning having turned into a cockroach overnight in The Metamorphosis. During New Year’s observances, we celebrate a metamorphosis, from one somewhat arbitrary number to another. We commemorate the completed trip around the sun with festive merriment, commitments to eschew the evil “old,” and welcome the sparkly clean slate of “new.” The reality is often a bit murkier. Resolutions get muddled even as hangovers dissipate. Daily workouts become weekly and turn into, “well, I walked up the stairs to do laundry.” Sugar renunciation softens to include fruit ice pops: “They’re healthy, right?”

I generally ring in the New Year quite quietly with family, and this year was no different. Oysters and chardonnay early at Rizutto’s and barbecued dinner at home later. I did stay up until midnight, but mostly because the Shakespeare Association of America’s annual meeting registration and hotel reservations opened up then, and they’d advised me that eager Shakespeare scholars gobbled up the discounted rooms quickly.

I welcomed 2019 contemplatively, with a gentle yoga class and then a walk on a balmy but breezy beach with my oldest son. Kafka was unmistakably on the shore that day, as he was every day. The shape of the sand shifts with every tide. The moon waxes and wanes, its face reconfigured daily. Liquor bottles become smooth shards of sea glass. Children I watched build castles have grown into magnificent adults in the blink of an eye.

These changes occur gradually and organically rather than artificially and suddenly. I hope to handle my own metamorphoses with that same grace of nature that I witness at the beach, and I wish everyone a year filled with joy, good health, and love.