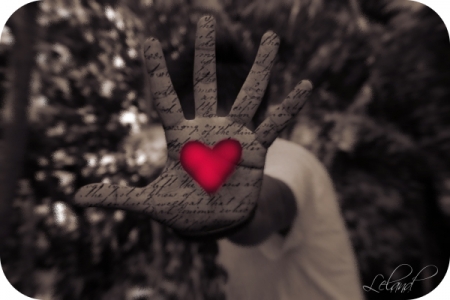 I celebrated my 50th birthday and attended a memorial service in the same week. Surprisingly, there were striking similarities -- unexpected parallels that have left tattooed insight.

I told my husband, Mark, all I wanted was a party (well, maybe a few) to celebrate my milestone occasion. No bling, no romantic getaway, just a full blown FriendFest. He indulged me with a bona fide bash. Surrounded by throngs of pals -- harkening from all stages of my life -- the celebration couldn’t have been more complete. Only one couple, who we've known since our high schoolers were babies, had to cancel at the last minute. Some flew in for the event, others secured a long night of babysitting. Most endured traffic but arrived in time for the festivities. Everyone was game.

The party was perfect. Tuna tartare and vegetable spring rolls were among the hors d’oeuvres while gold and tangerine-hued specialty drinks -- one named “Mad Men” -- marked cocktail hour, followed by entrees of roasted cod or glazed short ribs and impeccable service. Nary a table crumb survived past a minute. The Pinterest-worthy decor featured freeze-framed photos -- black and whites of my years -- scattered among champagne glasses and glitter. White china was garnished with chocolate party favors, molded into the number 50, wrapped in a baggie and bow. A makeshift stage was set for my favorite improv comedy troupe, the night’s entertainment.

The room was packed with a healthy turnout of 70. Some birthday honorees may have been rendered speechless in front of that crowd, but I wasn’t. A self-proclaimed ham and secret stand up wannabe, I was aglow and chatty, the zealous opening act. I stood poised in my black lace dress -- a little number I scored at Lord & Taylor’s Juniors department amid a snappy selection of sherbet colored prom attire. Knockout shoes complemented my outfit: a pair of strappy patent leather heels, accented with black, chiffon roses.

“I’d like to thank Mark, our host tonight, with whom I’ve literally spent half my life,” I said.

I continued, mentioning guests from rival colleges who were in attendance and kiddingly asking them to behave. I conveyed additional thanks to the group for gathering on my behalf, with special shout-outs to two friends who’d traveled the furthest. My mom followed with an eloquent speech.

“Aline is a women of quiet faith, determined, multi-talented, generous of heart, loyal to the core. Precious to my sight,” my mother said.

She, my most avid fan.

More sentiments were on tap -- from those handpicked when the night was young. The evening’s true gem came in the form of a “rolling toast” Mark spontaneously coordinated, where a cordless mic was passed among willing guests. Ready for a “roast,” I buckled in for some serious dirt -- snippets of adolescent hijinks, high school blunders, or college antics. I prepared for playful jabs about suspect boyfriends, misguided fashion, or questionable hairstyles -- like when I permed my already curly hair. I waited for stories of the sillier fare. But they never surfaced. A few friends gingerly joked, but overall, the toasts were more meaningful; people were sincere. Adjectives like “kind” and “devoted” were used -- one friend even called me the “glue” in our group of girls. Another said he hoped his daughters would grow up with my gumption. I was in quiet overwhelm. Though emotional by nature, I remained composed throughout -- frozen in sheer appreciation, my hand over my chest, Pledge of Allegiance-style. The rolling toast warmed that raw, snowy evening. The rolling toast affirmed the type of friend, daughter, sister, wife, and mother I’d sought to be. The rolling toast transcended the traditional.

Just days after the party, I attended the funeral of my friend Lexie’s father-in-law. In fact, she and her husband, Bill, missed my party because of their loss. At the service, Bill’s sister Dee spoke candidly, with a simple message.

“I was struck by the array of anecdotes shared with me this week, most I’d never heard, that hadn’t obtained family folklore status. Stories from neighbors, stories from acquaintances, stories from church friends I’ve just met,” Dee said.

She continued, talking of tales both human and heroic, mundane and sweet, funny and farcical. Her contemporaries remembered tractor rides in their backyard, while others recalled her father’s spot-on organizational skills and how he loved his labeler. Still others shared more harried times in the military. The theme that emerged triumphant was a deep admiration for her dad, an unveiled love. The stories were salve for her grief. As Dee recounted a few, she made a gentle plea.

“Tell people how you feel before they die,” she urged.

She asked that we convey our gratitude while loved ones are still with us. To not wait and relay our reverence secondhand, after they’re gone.

And in that church pew, I got it. I was one of the lucky ones, around to hear how I’d touched a life or two, alive to hear that my quest for steadfast bonds hasn't been all for naught. I gave Dee a silent nod that day; she’d nailed it. Surely she was onto something. Something I’d experienced. Something I’d embraced. Something I’d owned.

A lover of words, I was given a harmony of prose not by one but by many that 50th birthday night. And for the first time, I saw myself through others’ lenses. I was gifted a chorus of comments that reached my soul -- an impromptu tribute I absorbed with grateful awe. Every so often, I replay the rolling toast footage in my mind, as a welcomed rerun. Guests who weren’t vocal, wrote moving notes in a passed around journal. Words, too, I read and reread and won’t soon forget.

That landmark evening I not only grew older but also in immeasurable joy -- much like the comfort Dee felt, soothed by the sincerity of mourners. It seems both her father’s friendships and my own proved fruitful, with timeworn worth. Our shared legacy, was at once revealed and cherished: We were loved.