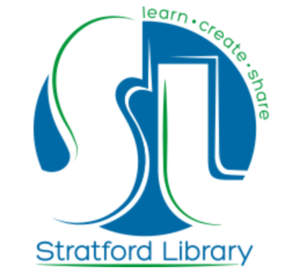 The Stratford Library continues its special four-part series about the American Old West of Sunday Afternoon Talks, its monthly series of informative and entertaining talks hosted by Charles Lautier and featuring prominent local guest speakers.The series, which began last month, is produced on the Zoom format and features guest speaker Hamish Lutris. The remaining schedule is as follows:

“The One Immediate Vital Need of the Entire Republic”

The transcontinental railroad was considered the greatest engineering, financial feat in the world at the time of its completion. Yet thousands of bodies marked its route, hundreds went bankrupt on the railroads, and many decried their power and influence. This talk will discuss the history of the railroad, from its beginnings in the 1820s in the US to May 10, 1869, when the transcontinental railroad was finished. The talk will also explore the vast power and influence that railroads exerted over the United States, altering the country’s customs and making us a nation of travelers.

Hell on Wheels: The Wild West

From the 1850s until the 1890s, the West was a dangerous place, one that took a high human toll before it was 'civilized' in the 1880s and 90s. This talk will focus on three aspects of that danger: cattle, which drew cowboys and big business out west; Indians, who contested that expansion doggedly; and the railroad, which served to draw the nation together and subjugate Native Americans. Each contributed to the reality and mythology of the West, and remain powerful images today.

Sodbusters and Colleges: The Winning of the West

In 1860, most of the western plains were uninhabited by Americans; the 1890 census revealed that the frontier, where US law did not hold sway, had disappeared. Civilization had come to the entire West in only 40 years. How? This talk will focus on the immigration, technologies, and political actions that made possible the taming of the vast land that we call the West.

Guest speaker Hamish Lutris is an Associate Professor of History, Political Science, and Geography at Capital Community College in Hartford, Connecticut. He has worked in some of America’s premier natural and historical sites, leading hiking and historical programs. He has also lectured extensively in the United States, Europe, and Canada, presenting programs on wide-ranging historical topics, including Native American history, the Civil War, Scientific History, Social and Cultural History, World War I, World War II and the American West.