Sunday in Stratford: SquareWrights group presents short-play festival on the grounds of the former Shakespeare Theatre 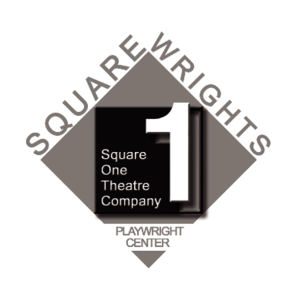 SquareWrights Playwright Group will present “Laughing Matters,” a festival of six original short plays on Sunday, Sept. 8 at 1 p.m. on the grounds of the former American Shakespeare Theatre, located at 1850 Elm Street, Stratford. The comedies will be performed on the Midsummer Main Stage as part of the Stratford Arts & Culture Festival 2019 Phoenix Season, a town-wide community celebration of the arts including music, dance, theater, yoga and fine arts. The show is free and open to the public. It is presented on an open air stage – rain or shine.

The show features the following plays by Stratford playwrights: “Shayna” by Orna Rawls, “Unblocking Will” by Tom Rushen, “An Honest Tale” by J. Sibley Law and “Meeting the Hostess” by Mark Lambeck. It also features “He Didn’t” by Peggy Sperling of Shelton and “Modern Fiction” by Kate Gill of Guilford.

Directors for the festival are Richard Mancini, Tom Rushen and Michael Shavel, all of Stratford; Robert Watts of Milford, Toby Armour of East Haven and Rachel Babcock of Branford. The plays range from an unusual spiritual encounter to characters from popular fiction coming to life. In keeping with the venue and the flavor of the overall festival, some of the plays are inspired by the works of William Shakespeare.

Since its inception in 2003, the Stratford-based SquareWrights Playwright Group has had nearly 100 productions and staged readings including short-play festivals, the 24-Hour Fast Forward Theatre Festival and the Stratford Fringe Festival in the center of town. The group has staged fundraisers for Katrina and Tsunami victims, the Stratford Library, Sterling House Food Pantry, and the historical Perry House, among others. It has also been represented at the Stratford Summer Arts Festival on the grounds of the Shakespeare Theatre. In addition, they’ve collaborated with the Stratford Arts Commission, The Temple Players, the Stratford Arts Guild, Eastbound Theatre of Milford and Two Roads Brewery.