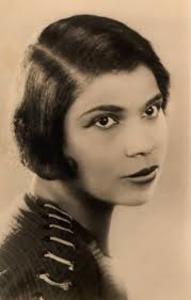 Mayor Boughton and the City of Danbury announce plans for a mural downtown to honor the legacy of Marian Anderson, considered one of the greatest classical singers, a Civil Rights pioneer, and a Danbury resident.

The mural will be placed on the wall behind the Kennedy Park fountain (300 Main Street). The wall is currently dressed with a Main Street mural by local artist Joe DiGuiseppi.

One of Marian Anderson’s most famous performances was on the steps of the Lincoln Memorial on Easter Sunday, April 9, 1939 to 75,000 people and millions more via radio. This performance was arranged by Eleanor Roosevelt after the Daughters of the American Revolution refused to allow Ms. Anderson to sing to an integrated audience in Constitution Hall because of her race.

Danbury will be calling on local artists to submit renderings and quotes that feature Marian Anderson’s achievements and life in Danbury. The Danbury Museum & Historical Society will offer the chosen artist a look at Danbury’s collection of Marian Anderson’s personal belongings including gowns she sewed herself for several performances and a look into her studio that now sits on the Danbury Museum property.

The majority of funding for this project has been graciously donated by Savings Bank of Danbury. The final mural will be decided in cooperation with the building's property owner Joseph DaSilva and CityCenter Danbury.

“Savings Bank of Danbury is honored to work with the Mayor’s office and the City on this important project,” said Martin G. Morgado.