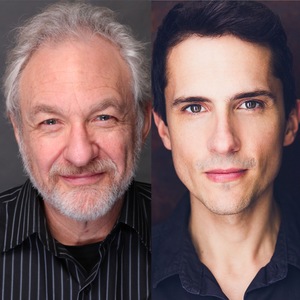 Westport Country Playhouse will present a Script in Hand playreading of the comedy/drama “Visiting Mr. Green” by Jeff Baron, on Monday, Nov. 18 at 7 p.m. The cast includes Tim Jerome as Mr. Green and Charles Socarides as Ross Gardiner. The reading will be directed by Anne Keefe, Playhouse associate artist and curator of the playreading series. Tickets are $20 each.

“In a contentious world, what better balm for the soul than a play with real heart, strong life lessons, and a few laughs,” said Keefe.

In “Visiting Mr. Green,” the title character is an elderly, retired dry cleaner, who lives in a run-down apartment building on Manhattan’s upper west side.  Mr. Green wanders into New York traffic and is almost hit by a car driven by Ross Gardiner, a young corporate executive. Found guilty of reckless driving, Gardiner is ordered to perform a community service helping the recent widower for six months. What starts as a comedy about two men who do not want to be in the same room together becomes a gripping and moving drama as they get to know each other, come to care about each other, and open old wounds they’ve been hiding and nursing for years.

“Visiting Mr. Green” was nominated as Best Play by the Drama League. After its year-long run in 1997 at New York’s Union Square Theatre, it has been produced in 46 countries in 23 languages in over 500 productions.

All dates, titles, and artists subject to change.