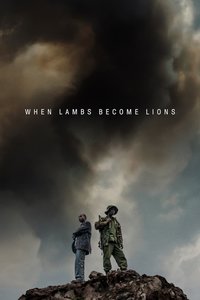 Westport Country Playhouse and The Westport Library are partnering to present a free-of-charge screening of the 2018 documentary, “When Lambs Become Lions,” directed by Jon Kasbe, about the illicit ivory market in Kenya. The screening will be held on Monday, Sept. 16 from 7-8:30 p.m. in the Library’s Komansky Room. The film is presented in conjunction with the Playhouse’s October production of “Mlima’s Tale,” a powerful, theatrical fable about a magnificent Kenyan elephant named Mlima hunted for his coveted ivory tusks.

“I was swept away by this stunning documentary,” said Mark Lamos, Westport Country Playhouse artistic director. “In the heart of Africa it takes you right into the lives of men who slaughter helpless animals in order to keep their families from drowning in poverty — while their brother park rangers struggle to protect the victims.”

Lamos added, “The filmmaker has embedded himself and his camera into the lives of two cousins on opposite sides of this ethical and economic conflict, where the worst victims are helpless animals whose herds are diminishing. Watching it took me into the very heart of the play I’m directing now, the extraordinary ‘Mlima’s Tale’.”

“When Lambs Become Lions” is a rare and visually arresting look through the perspectives and motives of the people at the epicenter of the conservation divide. In the Kenyan bush, a small-time ivory dealer fights to stay on top while forces mobilize to destroy his trade. When he turns to his younger cousin, a conflicted wildlife ranger who hasn’t been paid in months, they both see a possible lifeline. The plummeting elephant population in Africa has captured the attention of the world, and as the government cracks down, both poachers and rangers face their own existential crises—what is the value of elephant life relative to human life? And can we understand these hunters who will risk death, arrest, and the moral outrage of the world to provide for their families?

Director Jon Kasbe followed the subjects of “When Lambs Become Lions” over a three-year period, gaining an extraordinary level of access and trust. The film’s running time is 79 minutes. Registration for the film is suggested as space is limited. Call Westport Country Playhouse at (203) 227-4177 during regular box office hours, Tuesday through Friday from 12-6 p.m.

The Westport Library is located at 20 Jesup Rd in Westport, Conn.