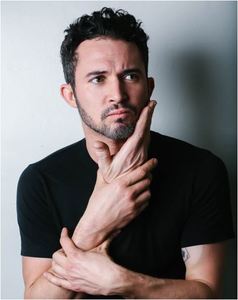 Comic magician Justin Willman, star and Executive Producer of the hit Netflix series “Magic For Humans,” brings his interactive Magic In Real Life Tour to The Ridgefield Playhouse on Friday, April 5 at 8pm.

Willman is a regular guest on “The Tonight Show,” “Ellen,” and “Conan.” His online videos have logged more than 100 million views. The Los Angeles Times calls him, “A new breed of comic who’s making magic cool again for grown-ups.” This show is part of the Ridgefield Magazine Broadway & Cabaret Series and Barts Tree Service Comedy Series. Visit Bareburger (38 Danbury Rd, Ridgefield) for dinner the night of the show and enjoy a complimentary glass of house wine or draft beer with your entrée when you show your ticket! Media sponsor for this show is Star 99.9.

Willman began entertaining at the age of 12 after breaking both arms and his orthopedic surgeon suggested he learn card tricks to improve dexterity in his hands. Soon he was performing for family, friends and eventually at birthday parties under the name Justin Kredible, a name thought up by his mother, who obviously passed on the comedy gene. Willman has performed on “Magic Meltdown” on Nerdists YouTube channel; at The White House for the Obama’s Halloween party and on TV hosting “Cupcake Wars” for Food Network, “Win Lose or Draw” for Disney Channel, and has guest starred on CBS’s “Defenders.”  His debut comedy/magic special “Sleight of Mouth” premiered on Comedy Central in 2015 to rave reviews.

Last summer, Willman premiered his six-episode magic series on Netflix entitled “Magic For Humans with Justin Willman.” In the series, Willman brings his skills as a magician to the streets of America, while incorporating his disarming demeanor into street magic and social experiments that will boggle the mind. Upon premiering, the show instantly became one of the most streamed shows on Netflix with clips from the show garnering over 100 million views to date across social media, even sparking a viral meme. Indiewire called Willman the “perfect magician/hybrid prototype with incredible comedic timing.” Perfecting the art of magic for his entire life, Justin is now using magic to perfect the art of being human.

For tickets ($39.50) call or visit the box office, 203-438-5795 or go online at ridgefieldplayhouse.org.  The Ridgefield Playhouse is a non-profit performing arts center located at 80 East Ridge, parallel to Main Street, Ridgefield, CT.