How Art Changed the Prison Opening January 27, 2019 at The Aldrich 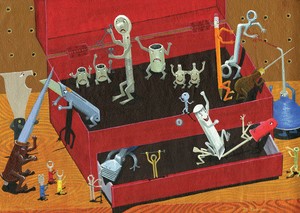 The Aldrich Contemporary Art Museum will present How Art Changed the Prison--The Work of the CPA Prison Arts Program. On view from Jan. 27 to May 27, 2019, the exhibition's visual art was made in Connecticut’s correctional institutions over the past three decades. The pieces are borrowed from current and former inmates, private collections, including that of the curator, and from the permanent collection of the Prison Arts Program (PSA). PSA is part of Community Partners in Action (CPA), a non-profit that focuses on behavioral change of both current and past inmates of Connecticut’s prison system, in addition to advocating for criminal justice reform.

Connecticut’s Prison Arts Program is unique due to Greene’s radical approach that rejects art as an activity pursued through academic exercises, but instead sees it as an expansive and integrative pursuit that focuses on giving voice to inner worlds and personal histories, and believes that learning and growth are primarily achieved by the making of art, not by learning technique.

Originally named The Prisoners’ Friends Society, CPA was founded in Hartford in 1875 by a group of notable citizens interested in social reform, including Samuel Clemens (Mark Twain) who was a member of CPA’s first board of directors. From the beginning, CPA was dedicated to building a better community by providing services that promote accountability, dignity, and restoration for people affected by the criminal justice system in Connecticut. The CPA’s Prison Arts Program is one of the oldest in the US, and its mission is to positively and constructively change the prison environment while encouraging empathy, self-discipline, self-esteem, technical and communication skill development, thoughtfulness, and tranquility.

The majority of the work on view was made in the artists’ cells using materials that require minimal workspace, dry quickly, and can be stored immediately, such as ballpoint pen, graphite, and colored pencil. Several artists use more traditional prison art media including toilet paper, cut and folded paper, magazines, ramen noodle packaging, thread, yarn, floor wax, Q-tips, and soap. Often these works involve hundreds of hours of rigorous focus. The artists’ work reflects their ever-changing and complicated lives within the prison system affected by cellmates, prison blocks/units, prison transfers, prison staff, access to materials, access to workshops, colleagues, critiques, as well as mental and physical health. How Art Changed the Prison offers a glimpse at art’s role in the lives of people in Connecticut’s prison system.

Jeffrey Greene is an artist, musician, and curator. Besides managing CPA’s Prison Arts Program, he has created collaborative arts projects in SROs (Single Room Occupancy residences) for the formerly homeless in New York City, and in Connecticut’s halfway houses with returning inmates. His audio project, Affordable Future, was part of the New Museum’s Festival of Ideas for the New City in 2011. That same year he co-curated the landmark exhibition Transeuphoria, at Umbrella Arts Gallery in Manhattan, focusing on the work of transgender artists. As a musician, he helped lead the band The Butterflies of Love to momentary fame in the UK and currently fronts Famous Problems, a group that has just released its first album on Where It’s At Is Where You Are Records in London.

A full-color publication, with an essay by the curator, will be available during the exhibition.

The Aldrich is located at 258 Main Street in Ridgefield, Conn.