After Years of Filming, 25 Prospect Street Documentary Unveiled to Nation 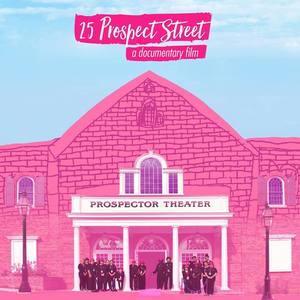 Four years ago an award-winning filmmaker with ties to Ridgefield learned about the life-changing work happening inside the building at 25 Prospect Street in Ridgefield. Profoundly believing in The Prospector Theater’s mission of providing meaningful employment to adults with disabilities, Los Angeles resident Kaveh Thaerian was compelled to tell the world.

Almost 80% of Americans with disabilities are unemployed

“Kaveh kept in touch with one Prospect over the years and saw a Facebook post about the Prospector,” says Valerie Jensen, Prospector Theater founder and visionary.

Thaerian, the Director, and Editor of 25 Prospect Street, a documentary about the inner workings of The Prospector Theater, reached out to fellow filmmaker from Texas, Andrew Richey.

“They [the filmmakers] really want us to succeed in our mission,” says Jensen, who adds, “They want us to spread what we are doing to other communities to show what true competitive, integrated employment looks like. “

The Prospector Theater has employed more than 200 Prospects

Thaerian and Richey are giving viewers a candid glimpse of the inner workings a start-up company - a nonprofit movie theater that is breaking down barriers of the archaic belief that those with disabilities were not capable or worthy of making significant contributions to society.

“The whole documentary is incredible to watch...It’s both hilarious and makes you cry all at the same time. You will see the joys and the pains, and all we’ve been able to accomplish. It’s a cool journey,” says Jensen.

Now, Valerie Jensen and a few of the Prospects taking 25 Prospect Street on the road! Beginning on September 14, they will be holding screenings in fifteen cities across the nation! “Munchie [Mike Santini], Rachel [Wise], K-Mann [Kris Mann], and I are going on an adventure. explains Jensen, who told us that they will cover a 600-mile loop in two days between Dallas, Austin. In addition to the screening of 25 Prospect Street, Jensen and team will engage in Question and Answer sessions with the audience.

While not all of the Prospects will accompany Jensen and team on tour, Jensen says, “The Prospects who aren’t going with us are so happy for us and passionate about why we need to go. They really want us to succeed in our mission.”

On the heels of the tour in Texas, Jensen and team will hit the windy city of Chicago and are planning a trip to California in October.

How can you help? Follow 25 Prospect Street on tour! Jensen will be documenting the journey on social media and encourages you to share the posts as well as the link to the 25 Prospect Street trailer. “They [the filmmakers want it to get picked up by Netflix or Amazon and in order for that to happen, they need a large fan base! They need people to like it on social media and share it on social media,” says Jensen. You can share the documentary by going to 25prospectStreet.com or The Prospector Theater website.

“We have the perfect formula for The Prospector to work here [in Ridgefield] but we can’t spread our mission by making 100 more Prospector Theaters - it’s just not possible, “ says Jensen, who adds, “What we can do is use the digital platform to help spread the mission, and the film is one of those ways.”

Interested in bringing 25 Prospect Street to your town, organization or place of business? “It’s totally packable,” says Jensen. Call: (203) 438-0136 or email: This email address is being protected from spambots. You need JavaScript enabled to view it. .