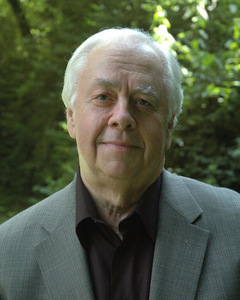 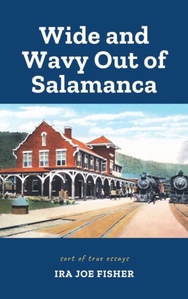 Wide and Wavy Out of Salamanca: Sort of True Essays muses on boyhood and school and travels up and down and across America. Author Ira Joe Fisher notices our world and relays his noticings in prose written with a smile and a wink.

An Emmy award-winning journalist, Ira Joe Fisher has had an extensive media career, including appearing regularly on the CBS Early Show. A lifelong radio and television broadcaster, Fisher is also an actor. He performed on the New York stage in the long-running hit musical, The Fantasticks, and in the films California Girls and Try to Remember: The Fantasticks. He is also a poet – author of the collections Some Holy Weight in the Village Air, Songs From an Earlier Century, The Creek at the End of the Lawns and now his first book of prose, Wide and Wavy Out of Salamanca. This new volume is a treasure to sit with and savor.

Academy Award-winning actor, Christopher Plummer, says this of Fisher’s new book: “Utterly charming – warm, witty and touching – from the pen of a literary stylist first-class whose infectious passion for the dying art of word-play takes us on a trip through nostalgia that even Proust might envy."

Additional accolades for Wide and Wavy… come from Morton Dean, Emmy-award winning network journalist and author, director and producer of American Medevac, the Documentary: “An extraordinary blend of wisdom and wit that teaches and teases. After reading his masterpiece, you’ll know yourself and the world around you better than ever. Bravo, Ira Joe Fisher!”

Wide and Wavy Out of Salamanca: Sort of True Essays is available for purchase online through Fisher’s local independent bookstore, Books On The Common, at Amazon, and at Barnes and Noble. Reviews and links to purchase are also available at Reedsy.