Author Zara Phillips speaks about her memoir "Somebody's Daughter" in Fairfield on Nov. 18 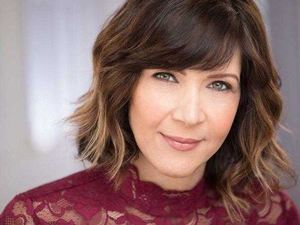 The Fairfield University Bookstore and Touched by Adoption of Westport present singer, performer, and nationally recognized speaker on adoption and addiction issues, Zara Phillips. Phillips will be on hand to meet and greet customers and sign copies of her new book, Somebody’s Daughter: A Moving Journey of Discovery, Recovery and Adoption on Sunday, November 18 from 2-4 p.m. at the downtown Fairfield University Bookstore. The event is free and open to the public.

Somebody's Daughter recounts how the author's adoption has affected her and those around her. Hard-hitting and emotional, Phillips's memoir explores the needs of adopted children and the journey it takes to find where you belong.

In 2008, Phillips directed and produced an adoption documentary, Roots Unknown, which won Best Homegrown Documentary at The Garden State Film festival in New Jersey. This led to her writing her first book, Mother Me. In 2009, she co-wrote a song and made a video with Darryl McDaniels from RUNDMC called "I'm Legit" to raise awareness on the emotional impact of adoption. In 2013, Phillips launched a one woman show, "Beneath My Father's Sky," which won for Best Direction in the United Solo Festival in New York, and has since been performed in Los Angeles, San Francisco, and New Jersey. Phillips writes articles for various adoption magazines, regularly talks and facilitates workshops and events, related to adoption issues, and still performs her music at clubs in NYC and New Jersey.

Touched By Adoption (TBA) of Westport was established in 2006 in response to the realization that there was a great need to provide pre and post adoptive counseling and education for parents, educators, and mental health professionals. TBA's primary focus is providing adoption-competent counseling for families which have been created by adoption. TBA works with families and adoptees ages 14 and older as they cope with the specific challenges they face. Their groups are one of the most powerful ways to connect with people who truly understand. To learn more about TBA please visit touchedbyadoption.net.