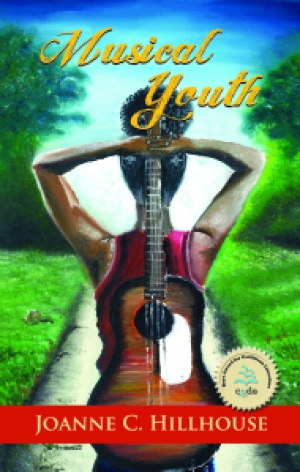 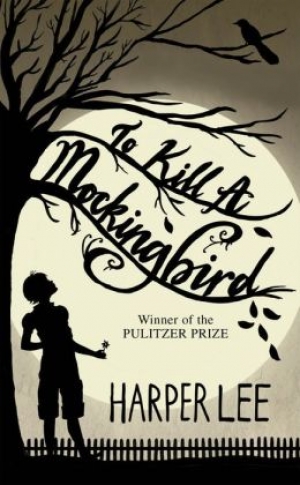 Joanne C. Hillhouse is an award-winning Antiguan and Barbudan author of books for children, teens, and adults.

Her books include the young adult novels “The Boy from Willow Bend” and “Musical Youth,” the children’s picture book “Fish Outta Water,” and the novels “Dancing Nude in the Moonlight” (since re-issued as “Dancing Nude in the Moonlight 10th Anniversary Edition and Other Writings”) and “Oh Gad!” Her fiction and poetry have also appeared in “Pepperpot: Best New Writing from the Caribbean,” “In the Black: New African Canadian Literature,” and other journals and/or anthologies.

In 2004, she launched the Wadadli Pen writing program, dedicated to nurturing and showcasing the work of young Antiguan and Barbudan artists, literary and (more recently) visual.

What is the first book you remember loving?

There’s a book I still have, in fair condition but well used, with my clumsy six-year-old script in crayon in the margins and across some of the pictures. It was a thick, hard cover activity book with snippets of stories and poems like native American folktales, and the King and I, and the monkey and the crocodile, and I’ve never seen a purple cow … so much to occupy me, so much to do. I somehow ended up returning to Antigua with it after surviving the adventure – because to a child it was an adventure – of a hurricane in Dominica.

What is a book that inspired you to be a writer?

There’s no single book. It’s a progression. But along that road Jamaica Kincaid’s “Annie John” – a coming of age book set in Antigua by a woman from Ovals, Antigua –was a significant discovery for me. I was a girl from Ottos, Antigua who dreamed of being a writer but couldn’t voice it because I didn’t quite believe it was possible. And I don’t know that I believed it right away after reading “Annie John,” for one thing Jamaica Kincaid is an exceptional talent … it certainly took me more years to own my own identity as a writer, but seeing my world on the page, opened up a door of possibility, I think.

What was the first thing you remember writing?

What book did you read in school that you did not fully appreciate until later?

Probably anything Shakespeare. We did “The Tempest” in secondary (high) school, and I wasn’t into it. “Full fathom five thy father lies, of his bones are coral made”… huh. I couldn’t get past the language mostly. So, it’s ironic that Shakespeare’s language is one of the things I really came to love about the Bard. “Love is not love that alters when it alteration finds, or bends with the remove to remove” … ah that’s just beautiful to me, now. “Othello” is the first of his plays I remember liking (“a man who steals my purse steals trash; 'tis something, nothing; 'Twas mine, 'tis his, and has been slave to thousands; But he that filches from me my good name Robs me of that which not enriches him, And makes me poor indeed.”).

I was past secondary school and on to Advanced (A) levels (college, not university; so about 16, 17). And somewhere between “Othello” and “King Lear,” “As You Like It” and “Twelfth Night,” “A Winter’s Tale” and “Midsummer Night’s Dream,” I really started to get it, why his writing endures, how beautiful it is. I even open my book “Dancing Nude in the Moonlight” with a little nod to Shakespeare. But Sonnet 116 which I didn’t come across until a poetry class at University of the West Indies, I think, is my favourite.

What book would you make required reading in school?

In school in Antigua, probably “To Shoot Hard Labour,” which is non-fiction, effectively the post-slavery to post-colonial history of Antigua through the lived experience  of Samuel ‘Papa Sammy’ Smith, an Antiguan workingman – a life that spanned 1877 to 1982, by the way. I read it in high school for the first time and it brought the British-Caribbean history I’d been learning all those years  - as dates without context, without connection, without the voice or perspective of my ancestors – to life in vivid and unsettling detail. It was suddenly more than words on a page; it was a story of how I came to be here. And I think that’s important, when so much of what you read, even the history that claims to be about you, doesn’t include you.

Also, for all people, but especially so for a country like ours, young in its independence and small in an increasingly globalized world, I think it’s important to understand the foundation on which we stand. Maybe if we all read it, we’d all understand why it’s important to fight for certain values, and for the very idea of freedom. Incidentally, I’d recommend it for readers beyond Antigua as well – we certainly grew up reading stories and histories from everywhere else, good stories travel, and can help spread an awareness, an understanding of our shared humanity.

That said, my favourite book that I did in school, and I still have that copy by the way, is “To Kill a Mockingbird” by Harper Lee. I’d recommend that for any one in or out of school. But you can’t have my copy.

I’m going to name two – Kei Miller’s “Writing Down the Vision,” which is non-fiction and Tayari Jones’ “Silver Sparrow,” which is fiction. I blog the reasons why here, but what it comes down to is writing that transports me from physical reality while grounding me in certain truths, truth being relative of course, and writing that just moves me, you know.

What would you call a "great American novel"?

Harper Lee’s “To Kill a Mockingbird.”