A Conversation with Author Assaf Gavron 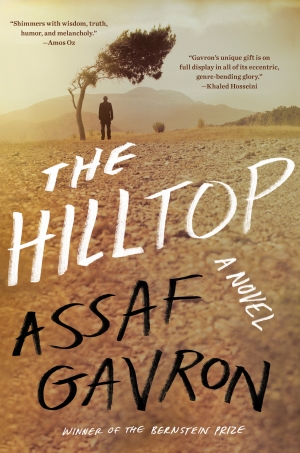 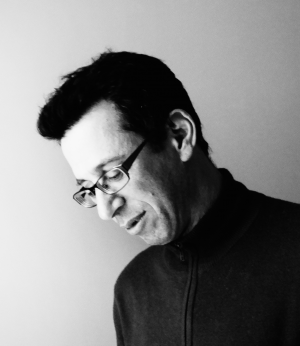 Assaf Gavron is the author “The Hilltop,” hailed by “Time Out Tel Aviv” as “the great Israeli novel” and winner of the Bernstein Prize. A bestseller in Israel, the novel is published in eight countries, including, as of Oct. 28, in the U.S.

The first novel to wrestle with the charged issue of the West Bank settlements, “The Hilltop” follows two brothers, Roni and Gabi Kupper, attempting to rebuild their lives and their relationship. Growing up on a kibbutz, the brothers were close but very different, and their paths diverged in adulthood until they reunite at Ma’aleh Hermesh C. The contested settlement accidentally comes to the attention of a “Washington Post” correspondent, who makes it the focus of a story that summons international attention and controversy. Satirically funny and richly imagined, the novel weaves back and forth through time and place, covering the brothers’ triumphs and failures, their experiences in Tel Aviv, New York City, and Miami, and their present day lives alongside the (at times zany) settlement residents whose lives intersect with their own.

Gavron is the author of seven books and the recipient of the Israeli Prime Minister’s Creative Award for Authors, the Buch fur die Stadt award in Germany, and the Prix Courrier International Award in France. A highly regarded translator, his works include the definitive Hebrew editions of J.D. Salinger, Philip Roth, and Jonathan Safran Foer, among others.

Two of the novel's protagonists, Roni and Gabi, grew up on a kibbutz then traveled through parts of the U.S. before returning to Israel to live in a contested West Bank settlement. What inspired the setting, and what, for you, is its significance to the larger human story of these two brothers and their experiences?

I have been fascinated by the settlements and their resonance throughout Israel and the world for several years. I think that they tell a very Israeli story, and along with those other Israeli experiences – the kibbutz, Tel Aviv, traveling to America to look for success and identity – they teach us about where we have found ourselves as a society, and possibly where we're heading. It is also a larger, universal story of searching for fulfillment, of finding your limits (or borders), both individually and nationally, of dealing with your personal ghosts and with those close to you in life.

The setting locates the story within a highly charged political debate, the very kind of debate that can cause us to lose track of the individual as discrete, but literature has a way of returning us to the human that is paradoxically both individual and universal, raising questions that defy simple answers. Where do your characters come from, and how do you get to know and develop them?

This is very true, and I love this power fiction has to let us intimately experience other worlds through stories and characters. My characters come from everywhere – I encounter them, hear them, read about them all around me, but then when I sit down to write, they have this ability to emerge. For me it is about time – letting them take hold in some corner of my brain, and slowly – over years – develop by absorbing a story, a language, a look, and above all, a complex, real sensibility.

Language isn’t neutral; turns of phrase, what each language has and does not have words for—through these are refracted our values and sensibilities. For these reasons and (no doubt) others, translation is its own distinct art form. As a translator yourself, how closely do you work with translators of your books? To what extent do you find it preferable to translate your own works or to give them over to another translator?

Since I can read and understand English well, I can and do go over translations of my work several times. My editor at Scribner and I followed this one closely, and I think the three of us together managed to maneuver the translation to a good place. When I'm translated into languages other than English, I don't have this privilege, of course, and there I have no choice but to trust my translators and publishers, which I do. In my last novel that was translated into English, “Almost Dead,” I had a more active role: I translated it myself. This time I didn't. I enjoyed translating myself, but there are great professionals out there, and I’ve realized I would rather let them do it and spend my time writing a new novel.

What’s the best writing advice you have received?

Carol Shields once told me – write about work. People love relating to work, it is such a big part of their lives. And I've been keeping up with that since, and totally agree with it.

Who are three writers who inspire you?

On a new novel, kind of a thriller, set in present-day Israel but referring back to 1946, when the British Mandate was ruling Palestine.

Please ask and answer one question you wish I’d asked.

Do you have anything to say about Connecticut?

Well, actually I do. My first ever visit to the US, in 1988, during my military service, was to the wedding of my cousin and his American girlfriend who grew up in a beautiful country house in Connecticut. So that’s how I was exposed to this country – directly from JFK – and the memory is very sweet. See you there.