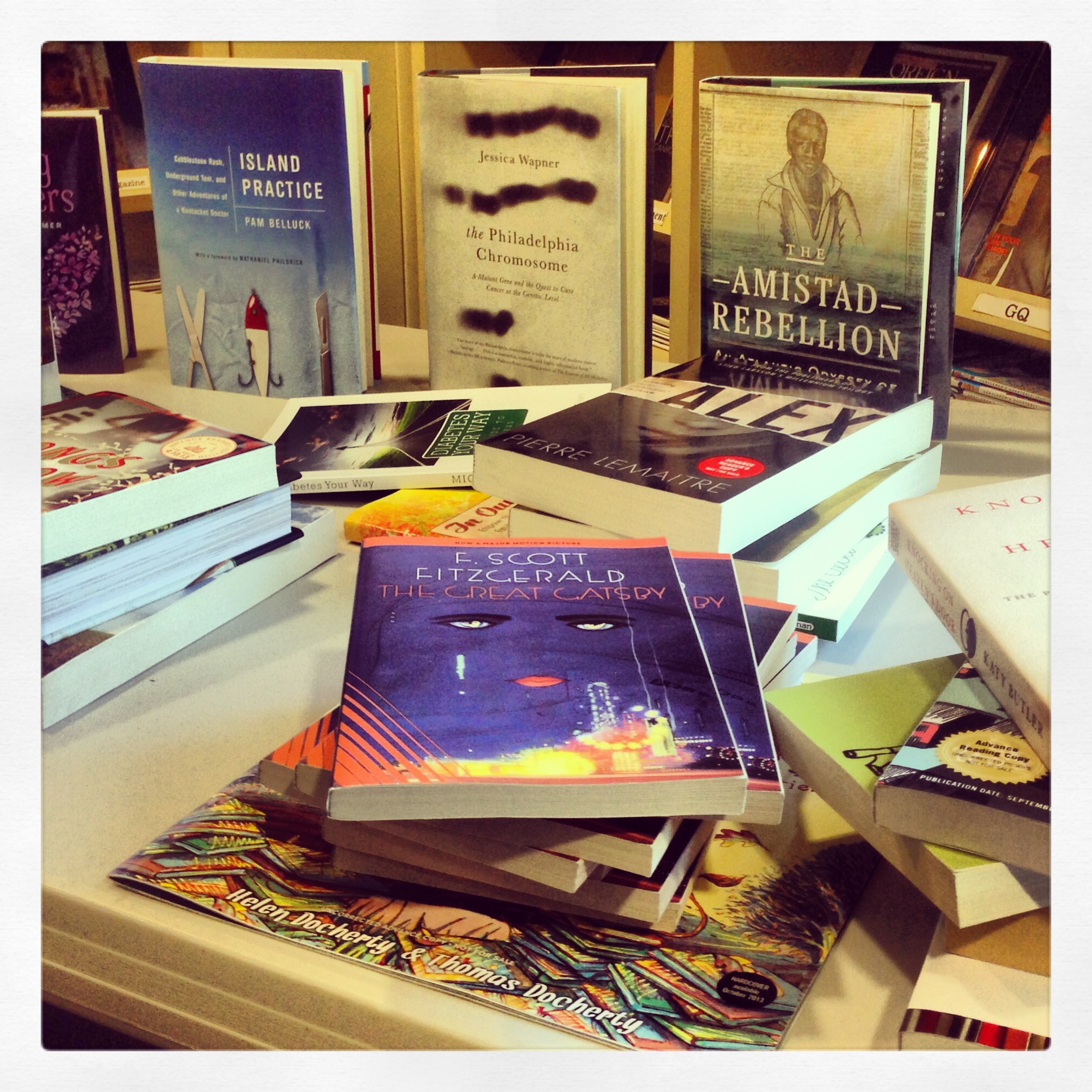 It hardly seems possible, but summer reading programs are about to start winding down. The discussion group I set my calendar around—Book Chat at the Westport Library (my local library)—celebrated our summer party Tuesday morning with cake, giveaways, and a raffle for books (of course!).

As always, we discussed plenty of books worth checking out. Here are five stand-outs that received high marks from our very well-read group:

“Fin and Lady” by Cathleen Schine

Schine, who lived in Westport, spoke about her latest novel at the library recently, and several Book Chatters lauded the book about 11-year old Fin and his older sister Lady, who becomes his caretaker after their parents die. Set in New York’s Greenwich Village during the mid-1960s, the novel follows the orphaned pair against the backdrop of pivotal events of the era and has, according to one attendee, “a good sense of place.”

For those who enjoy historical fiction—especially of the World War II espionage variety—“Restless” tells the story of Eva Delectorskaya, a Russian émigré who, while living in Paris in 1939, is recruited to be a British spy. The story, described as “a brilliant espionage book and a vivid portrait of the life of a female spy,” picks up three decades later when Eva’s daughter Ruth learns of her mother’s hidden past and helps her mother try to track down the man who recruited her.

“All That Is” by James Salter

Philip Bowman, the protagonist of this novel by acclaimed author Salter, served in—what else?—World War II as a naval officer in Okinawa. Upon returning to the States, Philip finds a job as a book editor. Spanning some forty years, the story follows Philip as he marries, divorces, continues to fall in love, and kills it in his industry. The novel has also been praised for its “breath-enhancing” prose.

“You Are One of Them” by Elliot Holt

This was one of my picks, which is one of my favorites so far this year and also has a “historical” setting: Cold War era Washington D.C. and post-Soviet Russia in the mid-1990s. Holt’s debut novel takes its inspiration from the true story of Samantha Smith. The 10-year old Maine girl gained international fame in 1982 after a letter she wrote to Soviet Premier Yuri Andropov, asking if he planned to start a nuclear war, was published in Pravda. Press shadowed Smith on her subsequent trip to the Soviet Union, and some questioned whether she was being used as a pawn to promote communism. Her death in a 1985 plane crash inspired a slew of conspiracy theories.

Holt’s novel features two girls—Jenny and Sarah—writing to Andropov, with only Jenny receiving a response and following a path similar to Smith’s, including an untimely death in a plane crash. Holt’s story takes a fascinating imaginative leap from Smith’s story, jumping ahead to 1996 when Sarah receives a letter from a Russian woman who questions the official story of what happened to Jenny and invites Sarah to Moscow to investigate for herself.

Though Sarah’s search for the truth did make it impossible to put the book down, the novel is, more significantly, a meditation on loss, the nature of truth, and who we become through our relationships with others.

“The Points of My Compass” by E. B. White

This oldie but goodie by a classic author isn’t a historical novel—or even a novel—but it will provide a historical perspective. The book is a collection of White’s New Yorker columns. The Book Chatter who recommended this explained that White envied the magazine’s foreign correspondents but was loathe to travel, so he devised a way to write about close-to-home locals in a similar fashion. “Letters from the East,” for example, involved writing about points east of the New Yorker’s offices. Clever!

What are some good books you read this summer?